Do guys get paid paternity leave?

Corey works at a tech company in El Segundo, but recently his mind hasn’t been focused on work. Corey has just become a new father to a little boy named Hayden, who is already the best thing in his life. At the moment, Corey’s wife Georgina is looking after the infant during the week while Corey is at work. Looking after a new baby is hard work, and Georgina is exhausted all the time. “I just can’t do it all on my own,” she tells her husband. Corey also feels frustrated. He wishes he could be there to help Georgina care for their son, and he also wants to witness his baby grow. At such a young age, they grow with each passing day, and Corey feels like he is missing out. What if he misses his son’s first steps? Or his first smile, his first word? These are unforgettable experiences for any father, and Corey fears he will miss out. When he casually mentions his concerns to his boss over lunch, his boss mentions that the company has a new paternity leave policy. Corey asks what paternity leave is. It turns out, he can take time off work to be at home with his new son. Corey is thrilled to accept the offer of paternity leave. He goes home to tell his wife the good news and to bond with little Hayden. 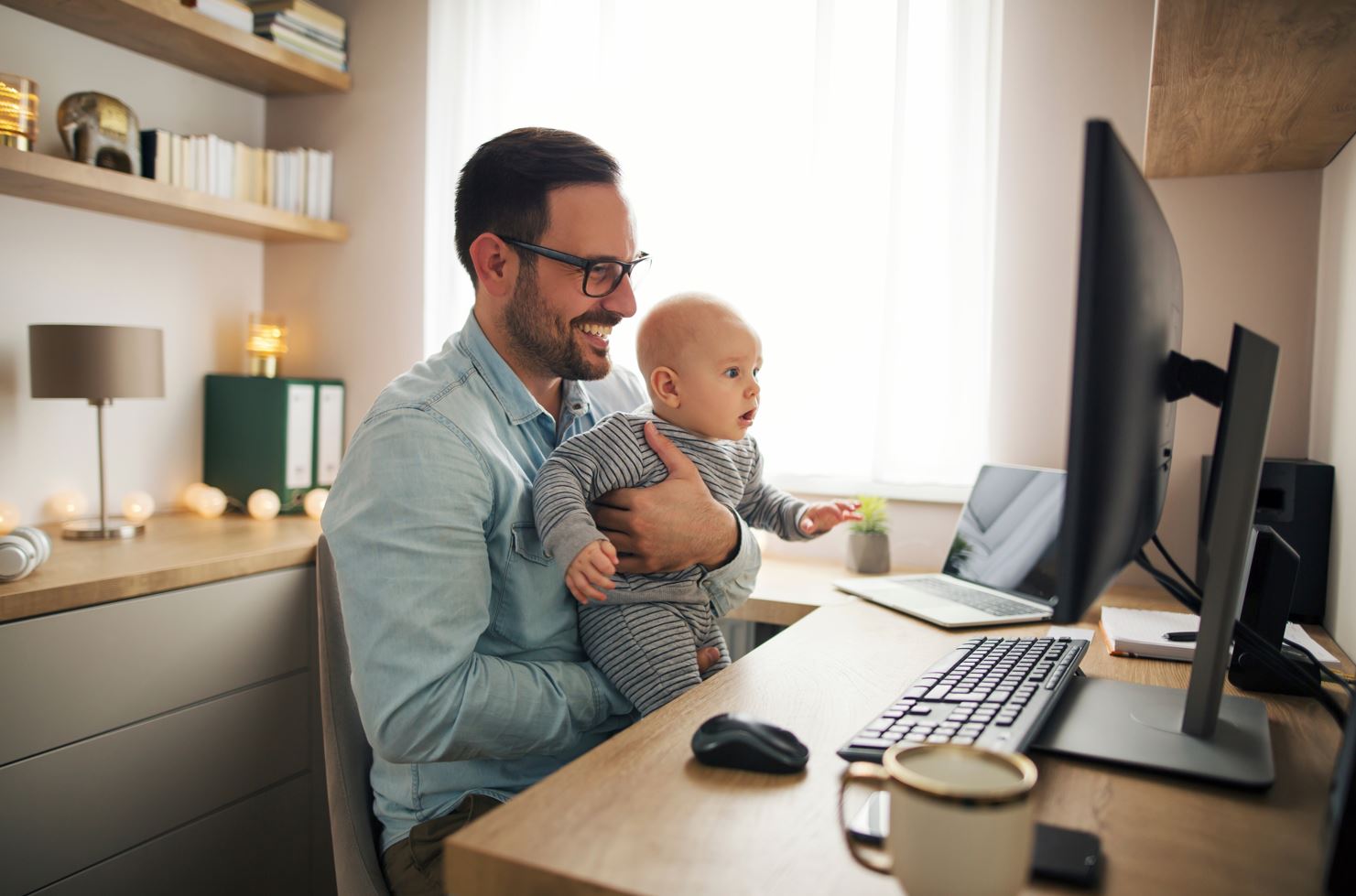 How long is paternity leave in California for fathers?

Under California’s Paid Family Leave, a father can take time off work up to eight weeks to bond with a new child.

How do you get paternity leave in California?

US and State with Paternity Leave

Under the Family and Medical Leave Act (FMLA), new parents may have up to 12 weeks of unpaid leave. However, the FMLA applies to companies with fifty or more employees and the father-worker must be employed for a minimum of twelve months with 1250 hours worked.

In the US, nine states has paternity leave law. These states are:

Why is Paternity Leave Important?

What if increased paternity leave improved home lives and work productivity? What if this concept created a better work-life balance for fathers and made them feel more positive about their employers and their jobs?

The United States would not be the first country to expand access to paternity leave. More countries and more companies are offering the benefit to new fathers. According to a 2019 Promundo report, ninety countries worldwide offer paid paternity leave to new fathers. Companies in the U.S. and other countries also offer “parental bonding leave” and “secondary caregiver leave” (aimed at LGBTQ+ and adoptive parents). However, few fathers are taking paternity leave even when offered it, perhaps for fear of what a relatively new benefit could mean for their careers.

Fatigue and mental health crises have spurred businesses to think about ways to improve employee well-being and morale, especially for working parents. Paternity leave was viewed as a way to make a positive impact on working families, in particular fathers.

One way in which paternity leave improved the lives of working fathers and families was its ability to strengthen relationships. Fathers who took paternity leave noticed a stringer bond with their significant other. Their partners also felt an increase in support, which is often so necessary when taking care of young children. With the father at home, it was easier to divide household tasks and child-rearing. There was also an increase in emotional support, especially when a couple had the task of taking care of an infant or newborn.

Research indicates that paternity leave is associated with higher levels of relationship stability. Fathers taking leave are generally more invested in their family life, and by taking some of the burden off mothers, thereby strengthen their partnerships.

There is also evidence that paternal leave can help improve maternal postpartum-depression outcomes. There is reason to believe that paternal absence can help predict the severity of postpartum symptoms. The presence of a father after the birth of a child can therefore benefit the health of the mother.

Paternal leave also helps shape and improve family dynamics. When parents spend time together after the birth of a child, they learn together about how to raise the child and what approach they should take as parents. When fathers take paternal leave, the foundation for a more equal division of responsibilities is also established. Parents can decide how to divide childcare responsibilities and domestic work, for example.

Paternal leave also allowed for fathers to create a lifelong bond with their child. Bonds formed this early in a child’s life last a lifetime. Where fathers have complained in the past about not “being there” for their kids enough, paternity leave presents an opportunity. By being present with their children, fathers learn to reprioritize what is important and learn how best to interact with their children. Fathers have more involvement with their child’s development and caretaking in these early months and years.

Paternity leave can also help working mothers who are overwhelmed. By staying at home to help their wives, fathers can reduce the workload and help their spouse care for the child. By helping out, a father can also help his wife maintain her career progression. Oftentimes, women have to put off their career goals to take care of children. Paternity leave can thereby level the playing field between genders.

Fathers who take paternity leave also report an increase in happiness and satisfaction that can carry over into the workplace. By spending more time with their family, fathers come to work with more motivation and positive energy. Some men report feeling more energized with their work, and more aware of time management. Having a renewed sense of priorities, fathers can enact positive changes in their work lives. The break can be beneficial in a long-term way, as well. The break can provide a sense of perspective – people can remember what they like about their job and how important it is for their family and their personal happiness.

For the above reasons, employers should therefore consider providing new fathers paternity leave. This would include providing a longer paid-leave period, offering more flexibility in timing of the leave period, and increasing the level of financial support provided. Employers should also focus on creating a work culture that embraces paternity leave as a concept. It should be normalized and accepted to the point where men are not afraid to ask for it or take advantage of it when offered.

After taking leave, employers should also ensure fathers can easily reintegrate into the workplace. At present, few enough fathers take paternity leave that employers haven’t developed the necessary support for reintegration. It would help to create policies and processes to help fathers transition back into the work environment after time off. This would ease the fear of falling behind in work or one’s career.

But being a parent does not end with paternity leave. Many fathers would like to stay actively involved in their children’s lives, even after they return to work from leave. It would be beneficial if employers introduced more flexible work arrangements that would allow employees to participate more in home and family life.