In California, the doctrine of Promissory estoppel is a lawsuit and argument raised when a person makes a promise for which he does not receive any value or compensation, which the other party relies on in changing their position. (Yes, sounds like a lawyer wrote this.) This article will break it down to easy to understand kibbles.

Example: If a person who made a promise received something of value, say $100, then there may be an enforceable contract. The doctrine of promissory estoppel is never use for personal injury lawsuit by car accident attorneys.

Promissory estoppel binds a promisor when he should reasonably expect a substantial change of position, either by act or forbearance, in reliance of his promise, if justice can be avoided only by its enforcement. (Jones v. Wachovia Bank (2014) 230 Cal.App.4th 935.)

The elements of a promissory estoppel lawsuit are:

(2) reliance by the party to whom the promise is made;

(3) the reliance must be both reasonable and foreseeable; and

(4) the party asserting the estoppel must be injured by his or her reliance [aka: detrimental reliance].

“Promissory estoppel applies whenever a promise that the promissor should reasonably expect to induce action or forbearance on the part of the promisee or a third person and that does induce such action or forbearance would result in an injustice if the promise were not enforced. A party plaintiff’s misguided belief or guileless action in relying on a statement on which no reasonable person would rely is not justifiable reliance. If the conduct of the plaintiff in the light of his or her own intelligence and information was manifestly unreasonable, he or she will be denied a recovery. A mere hopeful expectation cannot be equated with the necessary justifiable reliance.” Granadino v. Wells Fargo Bank, N.A. (2015), 236 Cal. App. 4th 411.

The plaintiff must allege Breach of Promise. Assuming a clear and unambiguous promise is made, the promisee must then plead a breach of that promise. A promise of eligibility is will not create a promise.

A law school did not breach its promise to a law student when they promised him he would be eligible for membership in an honors society if he ranked in the top ten percent of his class. The election committee considered him for membership but did not elect him into the society but this did not breach a promise.

“No justiciable issue was pleaded in an attorney’s action for injunctive and declaratory relief seeking to compel his admission to membership in a national honorary legal society, where, despite his allegation that non-election, for failure to meet his schools’s law review requirements, would adversely affect his professional and economic interest, membership in the society was not a prerequisite to the practice of law, indicated no qualification for any specialized field of practice, had no direct bearing on the number or type of clients he might have or on the income he would make, and had no effect on his basic right to earn a living, and where his allegations of arbitrary or discriminatory action on the part of the election committee were insufficient to state a cause of action.” Blatt v. University of So. California, 5 Cal. App. 3d 935 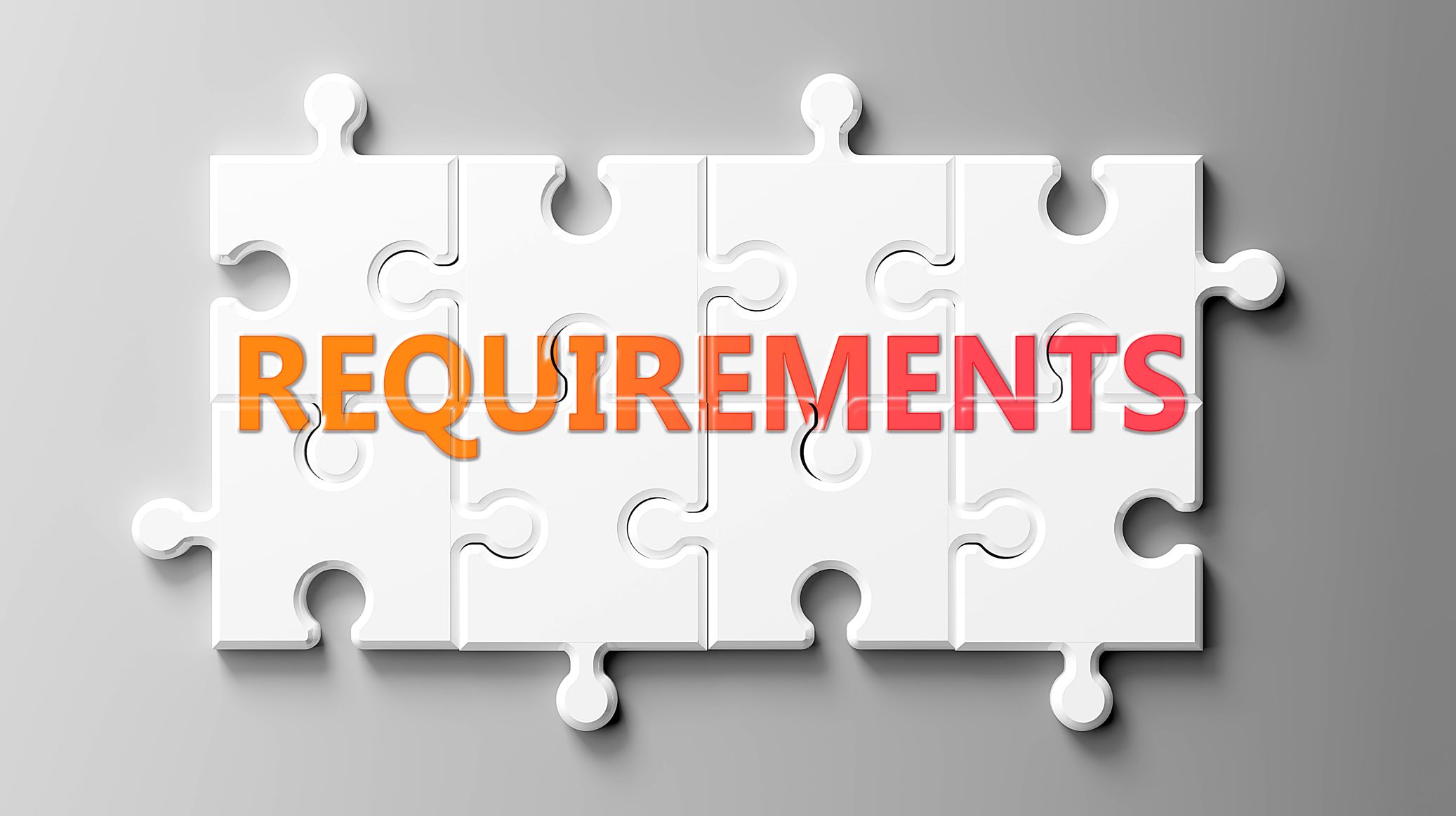 The first element in a complaint for promissory estoppel is a promise that is clear and unambiguous in its terms. (Ibid.)

Preliminary Negotiations Are Not Enforceable Promises

Promissory estoppel cannot be invoked to enforce preliminary negotiations or discussions between the parties because no clear and unambiguous promise has been made. (Granadino v. Wells Fargo Bank, N.A. (2015) 236 Cal.App.4th 411.) (no promise was created where nothing in lender’s alleged negotiation statements assured the borrowers that the lender would refrain from completing a trustee’s sale in the future).

Where a full commitment between the parties is missing and the offeree is on notice that finalization of the terms will require further negotiations, there is no clear and unambiguous promise by the offeror. (Goldstein v. Comerica Bank (2015) Cal.App.Unpub. LEXIS 8702 citing (Laks v. Coast Fed. Sav. & Loan Ass’n (1976) 60 Cal.App.3d 885).)

A promise originally intended as a promise to make a retirement gift became enforceable under the doctrine of promissory estoppel when the plaintiff, knowing of the offer, turned down other offers of employment because he did not want to lose the retirement allowance. (Moncada v. West Coast Quartz Corp. (2013) 221 Cal.App.4th 768.)

General Contractor’s Listing of Subcontractors Not an Enforceable Promise

A representation in job application instructions that industry experience would be “considered” did not constitute a clear and unambiguous promise that previous longshore experience would be the determinative factor in who was registered for full-time permanent longshore work. Aguilar v. International Longshore-men’s Union Local 10, 966 F.2d 443, 446 (9th Cir. 1992).

If extrinsic evidence is needed to interpret a promise, then the promise does not satisfy the requirement of clear and unambiguous. (Garcia v. World Savings, FSB (2010) 183 Cal.App.4th 1031.)

A law student’s hard work to obtain a top ten percent ranking in his law school class, performed in reliance upon the law school’s representation that such ranking would make him eligible for election to the Order of the Coif, was not action of a definite and substantial character necessary for the application of promissory estoppel. (Blatt v. University of Southern California (1970) 5 Cal.App.3d 935.)

In matters of employment relationships, courts may make reasonable inferences from the realities of the marketplace concerning the inducement and reliance of employees upon the benefits offered by the employer. Employees need not expressly testify that, but for the promise, they would have left the promisor’s employ or would have never worked there in the first place. (Hill v. Kaiser Aetna (1982) 130 Cal.App.3d 188.)

A borrower has a promissory estoppel claim against his or her bank when he or she relies on the bank’s promise to work with the borrower to reinstate and modify the loan.  As a result, borrower did not attempt to save her home by converting from a Chapter 7 bankruptcy case to a Chapter 13. (Aceves v. U.S. Bank N.A. (2011) 192 Cal.App.4th 218.)

The element of reasonable and foreseeable reliance is satisfied if the promisor, in making the promise, deliberately intended to induce the plaintiff’s reliance on such promise. (Emma Corp. v. Inglewood Unified Sch. Dist. (2004) 114 Cal.App.4th 1018.)

A terminated employee is entitled to economic damages for the lost income the employee suffered as a result of his leaving a secure job due to a supervisor’s false promises regarding the monthly compensation the employee would earn working for the employer. (Helmer v. Bingham Toyota Isuzu (2005) 129 Cal.App.4th 1121.)

No Reliance Where Promisees are Sophisticated Parties

Where the promisees were experienced business persons and the promisor made nothing more than a conditional offer with essential details missing, the promisees could not legitimately have expected that there was a binding offer and could not reasonably have relied on it. (Laks v. Coast Fed. Sav. & Loan Ass’n (1976) 60 Cal.App.3d 885.)

No Reliance on Promises that are not Specific and Clear

Reliance on a promise that was not specific and clear was unreasonable and unforeseeable. (Garcia v. World Savings, FSB (2010) 183 Cal.App.4th 1031.)

Although the Restatement (Second) of Contracts §90 does extend the doctrine of promissory estoppel to third parties, it does not extend to price quotations by manufacturers to general contractors. (C.R. Fedrick, Inc. v. Sterling-Salem Corp. (9th Cir. 1974) 507 F.2d 319.) (contractor who used price quotes obtained from supplier could not recover against equipment manufacturer under promissory estoppel doctrine).

The purpose of the promissory estoppel doctrine is to make a promise by one party and the resulting detrimental reliance by another party operate as a substitute for consideration under certain circumstances. (Garcia v. World Savings, FSB (2010) 183 Cal.App.4th 1031.)

The value of the plaintiff’s detrimental reliance need not be identical with, or equated to, the value of the defendant’s promise. (Tomerlin v. Canadian Indem. Co. (1964) 61 Cal.2d 638.)

Injustice Can Be Avoided Only By Enforcement of the Promise

The plaintiff must show that injustice can be avoided only by enforcement of the promise. (US Ecology, Inc. v. State of California (2005) 129 Cal.App.4th 887.)

An oral promise that meets the elements of promissory estoppel is enforceable if injustice can be avoided only by enforcement of the promise. (Allied Grape Growers v. Bronco Wine Co. (1988) 203 Cal.App.3d 432.)

Avoiding Injustice by Enforcement of the Promise

The meaning of “injustice can be avoided only by enforcement of the promise” is substantively the same thing as the requirement of unjust enrichment or unconscionable injury. (Munoz v. Kaiser Steel Corp. (1984) 156 Cal.App.3d 965.)

Unconscionable injury results from denying enforcement of an oral agreement after one party is induced by another party to seriously change position relying upon the agreement. (Allied Grape Growers v. Bronco Wine Co. (1988) 203 Cal.App.3d 432.)

Enforcement of the Promise

Insurer under personal liability policy was liable for judgment against its insured where insurer made commitment to be liable under insurance policy for amount of judgment. (Tomerlin v. Canadian Indem. Co. (1964) 61 Cal.2d 638.)

A plaintiff’s lost future wages from a former at-will employer are recoverable under a promissory estoppel theory if they are not speculative or remote and are supported by substantial evidence. (Toscano v. Greene Music (2004) 124 Cal.App.4th 685.)

No Right to Jury Trial

A jury trial is not available to plaintiffs whose cause of action is based on the equitable doctrine of promissory estoppel. (A-C Co. v. Security Pacific Nat. Bank (1985) 173 Cal.App.3d 462.)

The statute of limitations is four years for actions based on a written instrument. Civ. Proc. Code § 337(1).

For actions based on an oral promise, the limitations period is two years. Civ. Proc. Code § 339(1).

If delay in commencing an action is induced by the promisor’s conduct, the promisor is estopped from asserting the defense of the statute of limitations. The plaintiff has a reasonable time in which to bring his action after the estoppel has expired. (Doe v. Marten (2020) 49 Cal.App.5th 1022.)

Promissory estoppel doctrine did not apply when employee relied on promise of annual merit step increases in salary in accepting employment, continuing in that job and refraining from accepting a job elsewhere. (Youngman v. Nevada Irrigation Dist. (1969) 70 Cal.2d 240.)

Subcontractor who continued to excavate unexpected cemented soil in response to general contractor’s promise that he would be compensated for the extra work gave bargained-for performance. (Healy v. Brewster (1963) 59 Cal.2d 455.)