10 Things You Must Know About A Hostile Work Environment

Call Brad: 888-600-8654
Table of Contents show
1 What is Hostile Work Environment?
2 Hostile Work Environment: The Legal Aspects
3 What is unwelcome conduct?
4 Signs of a hostile work environment
5 What behaviors are regarded as criteria for a hostile work environment?
5.1 Sexual/racial harassment
5.2 Discrimination of any kind
5.3 Consistent aggressiveness
5.4 Ridiculing or victimization
5.5 Lots of complaints and punishment threats
5.6 That feeling you get
6 How to fix a hostile workplace
7 What if it’s a culture problem?
7.1 Draft a company policy, depending on the nature of the problem
7.2 Get buy-in from executives
7.3 Open up paths of communication and act properly

What is Hostile Work Environment?

Answers to such questions will help us determine what qualifies as a hostile work environment. Sometimes, you may need to make some improvements to create a happier and more productive workplace, but it does not necessarily mean you should worry about hostility or legal complaints. If you know your company does have a hostile environment, the action is imperative. 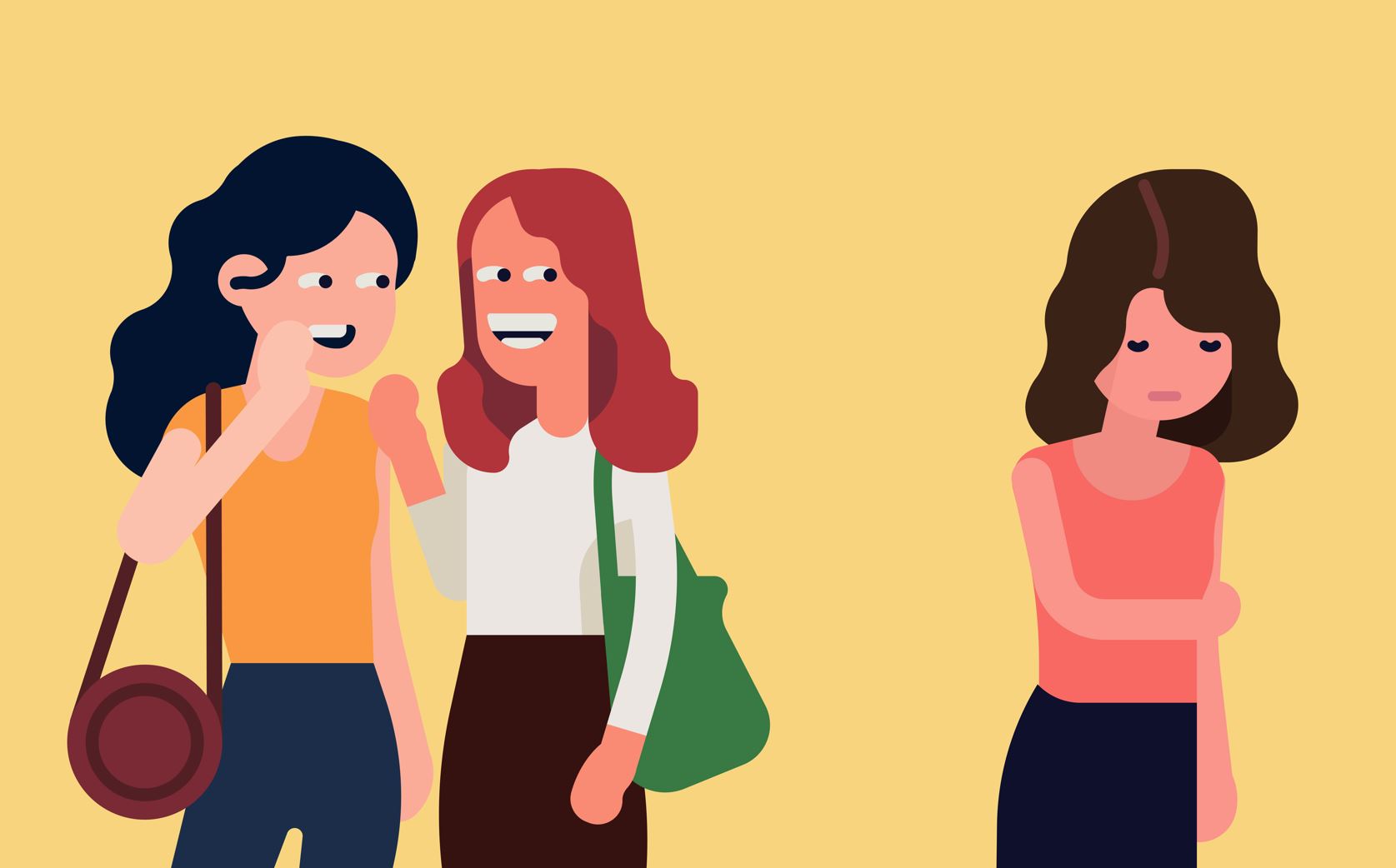 Harassment causing a hostile work environment is “unwelcome conduct that is based on race, color, religion, sex (including pregnancy), national origin, age (40 or older), disability or genetic information.”

This makes it clear that any kind of discriminatory action and harassment involving protected characteristics can create a hostile work environment, which might bring a lawsuit against your company (not to mention a negative impact on the company’s reputation).

However, not every unpleasant work environment is illegal. The EEOC states that “petty slights, annoyances, and isolated incidents (unless extremely serious)” are not considered illegal. For example, if someone makes inappropriate yet non-discriminatory jokes at a coworker, or if a team member overworks and belittles others in the team, their conduct may not qualify as illegal. This means that in such cases, the employees may face difficulties when filling an EEOC complaint about a hostile work environment.

But, this distinction matters as long as your sole purpose is to avoid lawsuits. Eliminating smaller issues and bullying in the workplace should be a high priority for any employer. After all, a respectful and fair work environment is most likely to maximize staff productivity and retention.

What is unwelcome conduct?

Harassment, inappropriate sexual conduct, discrimination, violence victimization and many other kinds of offensive behavior qualify as unwelcome conduct. Happening consistently or purposefully, all of these things will create a hostile work environment.

If someone makes a sexist remark about a colleague, they should face repercussions, but the off-hand comment is not likely to foster hostility in the workplace.

On the other hand, if that person is a manager or makes such comments on a regular basis, their conduct can create a hostile work environment.

Though not very common in real life, severe incidents of such misconduct do occur in workplaces, including sexual assault. And these extreme types of conduct, even if they happen only once, create a hostile environment.

Signs of a hostile work environment

A toxic workplace has certain characteristics; for example, employees experiencing burnout symptoms, workers arguing often, people complaining that they are underappreciated or underpaid. There are several other signs that point to job dissatisfaction, such as lack of resources, absenteeism, job insecurity because of layoffs, etc.

In a hostile work environment, you are more likely to see apprehension, fear, and official complaints to HR about discrimination or bullying.

What behaviors are regarded as criteria for a hostile work environment?

Here are some examples of hostile work environment:

These are the two things that always produce a hostile environment for workers. You cannot have people issuing vulgar remarks about gender or sexual orientation, spewing out racial slurs or ridiculing others on the basis of race or sex, and claim that you have a healthy workplace. If you have received complaints about such conduct or heard it yourself, you are probably going to witness increased hostility in the workplace.

For example, you may hear about a hiring manager regularly refusing applicants who are older than a certain age, or who are female or foreign-born. This shows that the person in question is biased against these groups of people, and it is quite possible they do not behave properly with those already in your organization belonging to those groups. Not only can this create bias and foster a hostile workplace, but many countries have laws in place against discrimination.

Imagine you repeatedly overhear the sales VP yelling at their personal assistant or see them thrusting their business development executives. It could be a sign that their teams are facing a hostile workplace where they are victimized almost every day. Even when someone is frequently resorting to passive-aggressive behavior or pushing their coworkers or subordinates to unhealthy competition, that is a red flag – although this behavior is likely not illegal.

People may play jokes or tease each other in the workplace – that is normal between workmates. But if you see a grave prank that leaves the person utterly embarrassed and frustrated, or if someone has set up a social media group to ridicule a colleague, it is a sign of a hostile workplace. Targeting employees or colleagues for public humiliation is unacceptable. This is evident from the increased focus on cyberbullying.

If workers are constantly filing complaints and supervisors talk of disciplining employees, something is wrong. Even if you do not see official complaints, keep your eyes and ears open when the conversation turns to personal experiences in the workplace.

Your gut can tell you if you are working in a good or a bad workplace. If you and your coworkers often feel miserable and/or threatened, that is a clear sign of a hostile work environment. Keep an eye on the people who slander or sabotage others, who are often disrespectful or offensive, and who belittle other’s ideas or personalities. They might be creating a hostile environment.

These are the signs you should watch for to identify those at fault –whether you are looking in from the outside or from the inside. If you are a manager, it becomes easier to recognize undesirable behavior in your team since you interact with them regularly.

How to fix a hostile workplace

There is no clear answer to this question as each organization deals with a bad work environment on a case-by-case basis.

A hostile workplace created by an individual has an obvious solution –fire the culprit, or at least warn them effectively, so it does not happen again. But things might not always be that simple. What if that person is the CEO or any other office-bearer who is above your authority? What if they are the best performer and the firm needs them desperately? What if there are some other issues you had not foreseen, or what if their action was not so severe as to deserve termination?

One way of dealing with the problem could be speaking directly to the at-fault person. If they are unwilling to change, go to their boss and explain the situation. Luckily, if you are their supervisor, you have the authority to persuade them into really listening and putting their act together.

If the person creating hostility is the CEO, then the situation is more problematic. You can, however, talk to them and make your case by appealing to their best interests as the CEO. Try to persuade them by giving them performance data and speak to them about the nature of complaints. It could also be beneficial to talk about turnover rates and associated costs. Present them a list of necessary changes or a course of action.

Managers and HR offices need to be bold enough to fire employees who pose ethical and legal risks with their troubling behavior – even if they are the stars of their field of expertise. Sometimes, even unruly CEOs could be forced to resign if there is enough pressure.

What if it’s a culture problem?

Uber is perhaps one of the most well-known examples because it has not only allegedly saw cases of sexual harassment in the company’s offices but has also been accused of not doing enough to protect its passengers. But Uber is not alone in facing serious allegations. Recently, former and current FBI agents sued the Federal Bureau of Investigation for racial and gender discrimination.

For example, if the main issue is sexual harassment, which often is, make sure you have a policy that clearly defines different forms of harassment. State disciplinary actions if someone engages in sexual harassment. It would also be useful to have a policy detailing acceptable and unacceptable behaviors in general because there is no universal consensus on what those behaviors are. Remember to include conduct on social media in your policy.

Some executives (particularly senior management) may deliberately promote or participate in the toxic culture. But others may not have noticed it, especially if they are not involved in the day-to-day operations. Approach them and talk to them openly. Make sure they take the situation seriously. Present data on complaints and information on legal risks. If they understand your problem and show a willingness to fix it, work with them for a plan.

According to some statistics, almost all cases of sexual harassment at the workplace go unreported. This is because many employers respond negatively to complaints and retaliate against the complainant (mostly by firing them). This kind of behavior should be unacceptable for any serious company, and it is also illegal under EEOC laws.

Assure your workers that they can report their complaints, investigate the complaints properly and always be prepared to take action (against the perpetrator, not the victim) when you find compelling evidence. You should also provide proper advice to employees facing a hostile environment. Help them file police reports or civil lawsuits when necessary.

You should be able to immediately stop inappropriate conduct before it turns into harassment or violence. But you need to be patient as broader changes in culture do not happen overnight. You might feel hesitant to rock the boat by fear of dividing or antagonizing your team or lose good employees. But you need to pull through anyway.