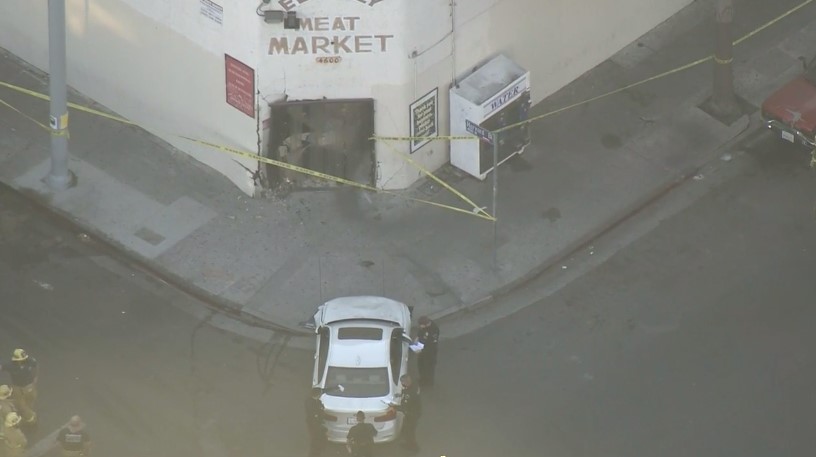 At 3:25PM, the vehicle hit other cars before it struck the meat market. Three people in total were taken to the local hospital.

The crash is still under investigation and no information has been released on the driver or what led to the crash.